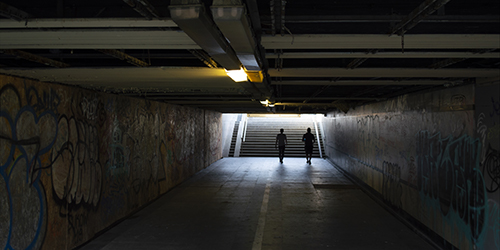 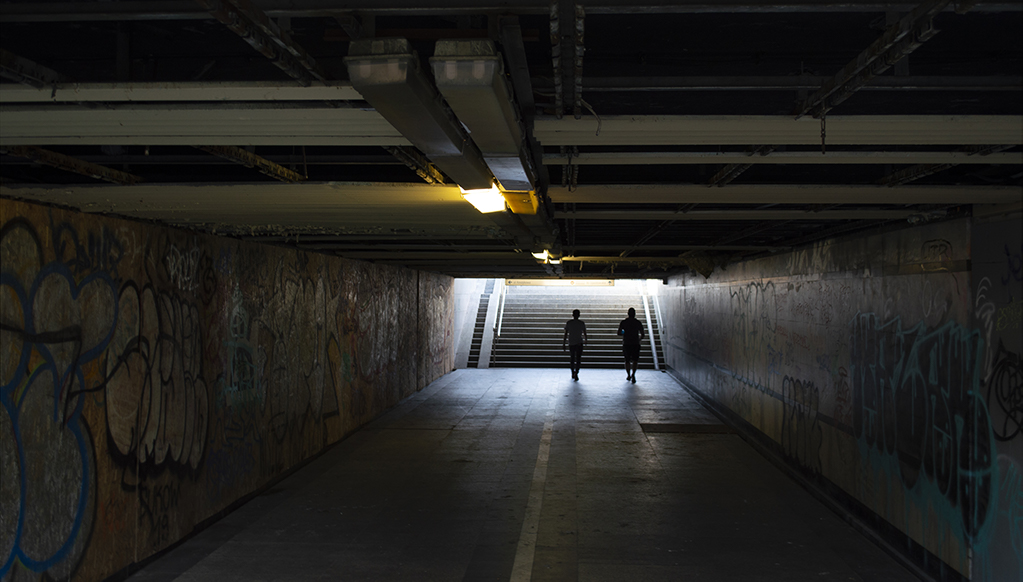 The right to feel safe in a public place is fundamental and democratic. But the feeling of safety is an experience that differs between people and for those in charge of society, it is sometimes difficult to keep track of what creates insecurity. Therefore, many municipalities have opened the possibility for citizens to report their experiences in a simple and easily accessible way with Infracontrol’s app and integrate this information in their continuous safety work.

– “Safe in Österåker” is the municipality’s preventive work to increase safety and reduce crime and drug use. Our app for fault report is an essential channel for matters that are perceived as unsafe or indicate suspected crimes. Residents can easily and at any time, report their experiences, and we also use the app for our neighbourhood safety walks. It has meant a massive boost to our safety work and is appreciated by the residents, especially by the elderly.

Österåker cooperates with the residents

A municipality needs to receive information from citizens about things that do not function. This often applies to practical or technical functions such as broken lighting, littering, holes in the street or graffiti. Much of this affects people’s sense of safety; therefore, it is essential to fix them as quickly as possible.

– The feeling of insecurity is individual and can be caused by other things, says Johan Höglund, CEO of Infracontrol. It can be “faults that are not visible” and cannot be detected with sensors. Therefore, people must have an easy opportunity to share their own experience immediately where it arises.

Lena Brodin says that one of the necessary prerequisites for a safe municipality is urban planning. Österåker cooperates in various administrations to create safe environments in which to live and work. But they also collaborate with other actors such as police, rescue services, schools and associations in the continuous safety work.

– The information we receive from the residents is about everything possible. It can be poor or broken lighting, vegetation that creates unsafe places or traffic-related things such as the lack of pedestrian crossings or the fact that there are obstacles for the disabled. But even overall disorder, in the form of bus driving, larger crowds or loud neighbours, can give rise to perceived insecurity, says Lena Brodin.

Since it concerns so many different areas, cooperation with other actors is precious. One has regular meetings every week, where received reports are reviewed and distributed for different types of efforts. 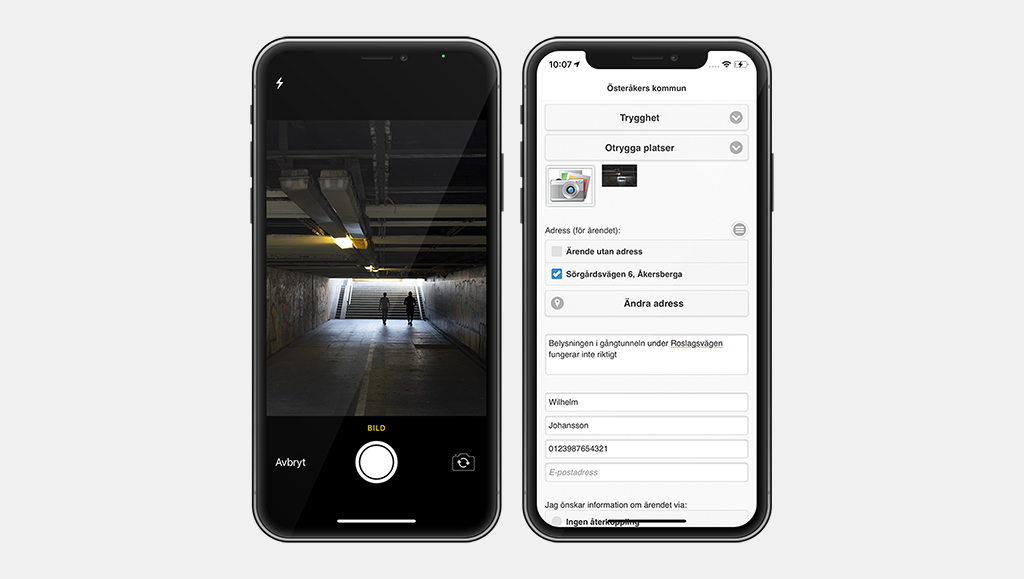 The residents of Österåker can easily report unsafe places with the help of the municipality’s app for fault reports.

Collaboration for increased safety in Lidköping

– The new app for security-related issues is part of the security work within the municipality. ECT stands for Effective Coordination for Security, says Fredrik Hellström, Digital developer in Lidköping municipality. ECT is a working method for coordinating municipal administrations and external actors in a structured way to work preventively and increase safety.

The municipality of Lidköping started up the ECT Skaraborg app together with external actors such as the police, housing companies, traders and security companies.

The city of Borås also uses Infracontrol Online in its safety work, where it conducts annual neighbourhood safety walks in several areas in collaboration with various municipal activities, companies and involved residents.

– The purpose is to create a feeling for one’s area, to cherish it and thrive in it. It provides an opportunity for dialogue between active participants and those who live in the area and is a method for citizens to have influence and help improve and change their local environment, says Johan Olovson, IT strategist at the City of Borås.

During the walks, the municipality’s app is used for observations and fault reports. Before each occasion, it is also possible for the residents who cannot participate to leave their comments there.