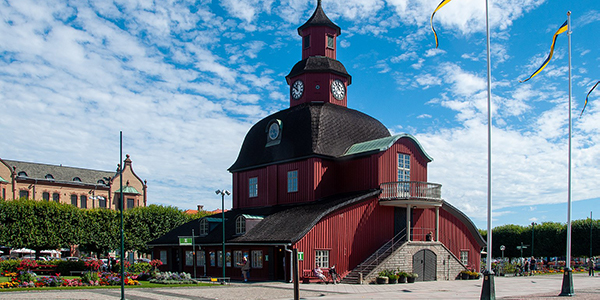 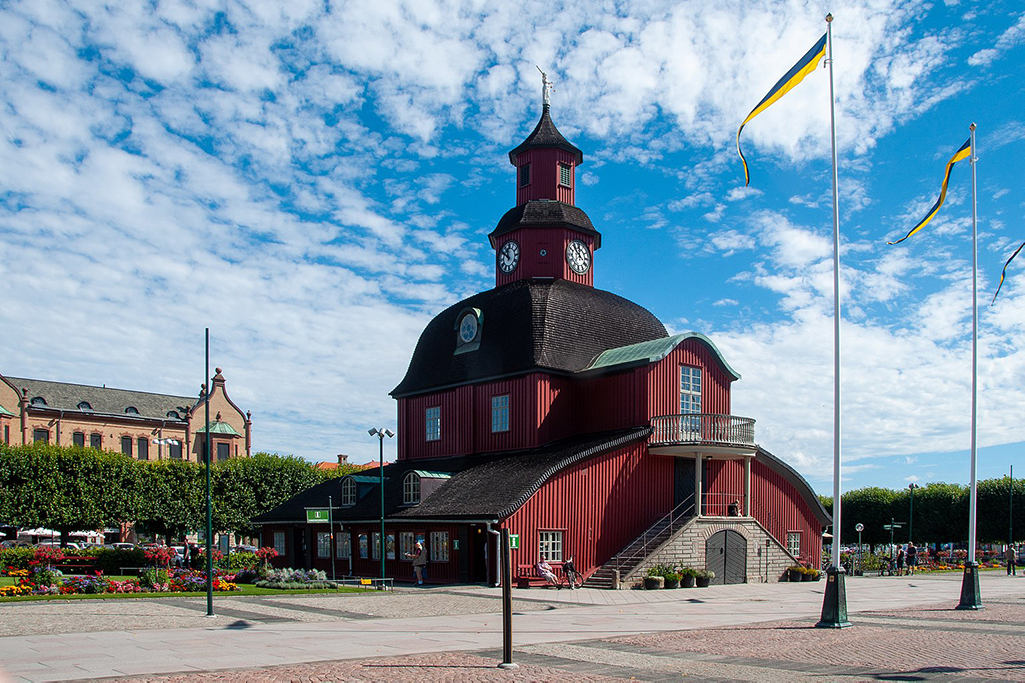 A year has passed since Lidköping Municipality began using Infracontrol Online to simplify its technical administration. It has resulted in faster, better service for residents and companies alike, who perceive the municipality as being more accessible and transparent regarding fault reports and operational issues. At the same time, they’ve gained a better overall picture of the situation in the municipality, based on up-to-date information and summarized statistics, which form an important part of their ongoing improvement efforts.

In this article, Fredrik Hellström, Digital Developer and IT Security Coordinator in Lidköping, talks about the municipality’s experiences thus far and its thoughts about the future. He tells us that today, the municipality’s three technical admin departments together with other municipal functions such as the Contact Center and Safety & Security Center, have improved their processes with the aid of Infracontrol Online:

“The service simplifies our working methods as it clarifies communication flows around cases.  We always get the same essential information for each task in the form of a map reference, description and any contact person. This allows case handlers to close cases themselves once measures have been taken. It has also clarified matters regarding how we order work from other departments.”

A flexible system designed around requirements

Today, the municipality has around 40,000 residents, of whom just over half live in Lidköping, the principal town. Located next to Lake Vänern, the municipality attracts many visitors, as the island of Kållandsö with Läckö Castle. Fredrik tells us they wanted to improve their service to residents, companies and visitors alike:

“We identified several requirements and processes, based on which we formulated ideas about a common method for handling fault reports and operational information. From there, we inventoried the systems that could support this work.”

“As soon as we saw how flexible the system is and the ability to design it around the way we wanted to work rather than having to adapt our working methods to a system, we grew very interested.”

Next, they drew up a requirements specification and issued a request for tender, which was won by Infracontrol.

Today, there are just over 100 Infracontrol Online users, but Fredrik Hellström is certain that this number will increase moving forward:

“Current users are the municipality’s three technical departments (Technical Services, Urban Planning and Municipal Services) together with shared municipal functions such as our Contact Center and Safety & Security Center. The latter belongs to the fire and rescue services of several municipalities.”

Thanks to the coordination now taking place between these different parts, they are beginning to see information and knowledge spread through the municipality, and other operations are getting in touch to take a closer look at the possibilities Infracontrol has to offer.

“So far, we feel that Infracontrol Online as a system and Infracontrol as a supplier have both met and exceeded our expectations. We still consider ourselves to be rookies as we have only worked this way for around a year. We’re learning all the time and keep on discovering new capabilities.”

“We quite simply deliver a better service, and this is an important, fundamental issue for us.” 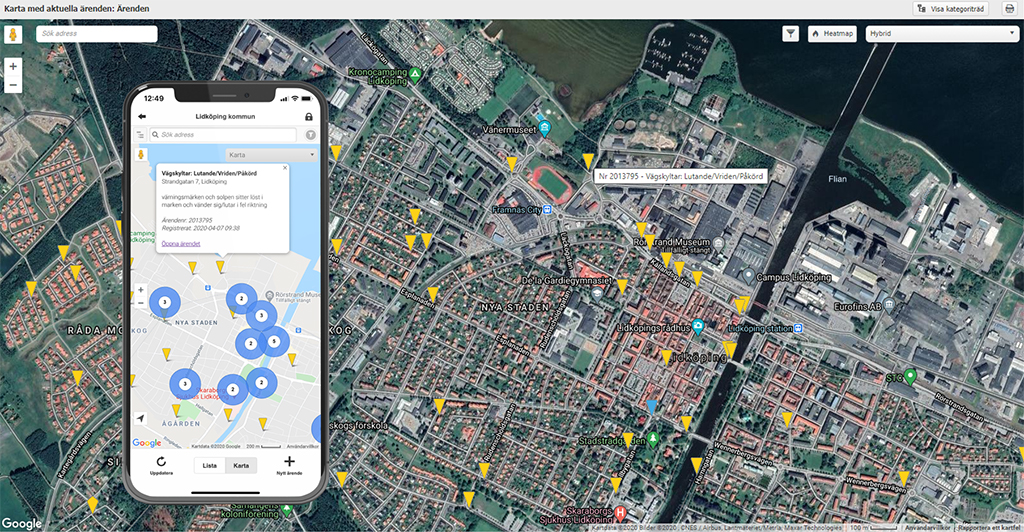 Infracontrol Online provides a good overview of current cases, while the people tasked with taking action are given clear, detailed information.

“The many residents, companies and users we’ve met are all very pleased that fault reporting and operations information in the municipality is now more accessible and transparent.”

At the same time, they’ve gained a better overall picture of the situation in the town based on summarized statistics, which is important for the municipality’s service to its residents and ongoing improvement efforts.

“We’re often told that Lidköping has grown more dynamic in its handling of fault reports, and that any problems are now dealt with more quickly and efficiently. We quite simply deliver a better service, and this is an important, fundamental issue for us.” 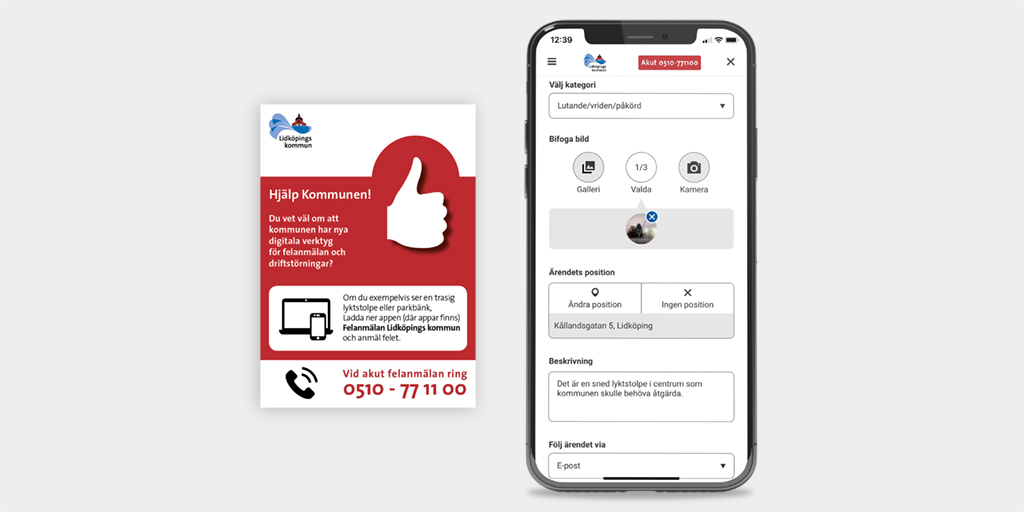 The app makes it easy for residents to tell the municipality about things that need fixing.

Fredrik tells us that the municipality has conducted a number of campaigns to inform residents about the new app for fault reports:

“Looking back one year, we launched the entire ‘Fault Reporting and Operational Information’ service in Lidköping Municipality in connection with a housing expo in early October 2019. With visitors numbering more than 10,000, we met very many people. Launching in October as the nights began to draw in, had clear benefits: Cases began streaming in, with street lighting showing a clear predominance.”

Many resources, therefore, focused on lighting issues, and the good working method is drawn up together with infrastructure owners and operators are now showcased as a ‘brilliant’ example in the municipality.

Meet residents, businesses and visitors right where they are

Lidköping municipality seeks dynamic dialogues with residents and businesses and tries to meet them wherever they may be in the community. However, the Covid 19 situation has resulted in a pause for thought in this regard.

“In addition to the housing expo, we’ve been out meeting people at other major public events. Because this is no longer possible due to the risk of infection, we’re working with videos, podcasts, notices and decals. We do this both out in the community and in various municipal operations where there are a lot of people.”

It’s important to gather as much information as possible about what needs to be improved, as this means better planning and prioritization. Some municipalities are afraid of ‘promising too much’ and being flooded with fault reports and observations that cannot be taken care of. But by making communication easier within cases, Infracontrol Online provides a constructive dialogue with citizens, where everyone helps improve each other’s daily lives.

Many good ideas about the continued development

All the good ideas and suggestions from users form an important part in the development of Infracontrol Online. Fredrik and his colleagues have a wealth of ideas about how to develop and improve the service:

“We’d like to develop the part that deals with lighting, as it is our largest Infracontrol area. We’d also like the ability to link lighting poll numbers to cases thus creating a clearer history and the ability to find recurrent faults more easily.”

Another idea is to use QR codes for different objects such as street furniture to quickly and simply create cases that are ready for action right away.
Fredrik also tells us that they have several ideas about using the Infracontrol maps in the service to present planned and ongoing activities in the community such as roadworks.

“In addition to this, we’re talking about how we could use Infracontrol Online to gather and present operational disruptions on our new municipal website.”

Last but not least, he tells us they are planning to present the status of cases in the public map using symbols and colors, a recent feature now available in the service.

“This will make it easier for residents to monitor the progress of different cases and see what’s happening with them.”

Sören Lilja, from Lidköping Elnät [electricity grid], and Erik Gustavsson, from Parks/Streets, have found new ways of working together through Infracontrol that have shown clear benefits regarding the municipality’s street lighting. Meanwhile, Niklas Nord is up in the basket improving statistics on working lamp poles.

Useful in everything from safety & security to the IoT

Fredrik tells us that right now they are developing a working method to promote security and support crime prevention in the municipality.

“We will use Infracontrol Online for reporting and follow-up. It will have its own app solely for internal use initially.”

He also says they’re ready to launch an IoT initiative by creating a LoRaWAN network.

“We can see many opportunities in the use of IoT solutions for measuring temperatures, water quality, groundwater levels and consumption data, etc.”

Some good advice to other municipalities

Fredrik concludes by sharing some advice with other municipalities that also want to improve their operations:

“Always base services on the needs of the operations concerned and identify their processes. Involve the employees affected and let them participate in creating the working methods they will be using on a day-to-day basis. Their knowledge forms the foundation for good system support.”

Allowing an operation’s working methods to govern development provides a firm basis rather than having a system that users are forced to adapt to. Lastly, Fredrik Hellström emphasizes the importance of making the work a team effort. It pays to carefully consider which people should take part in the project, both strategically and in terms of knowledge.