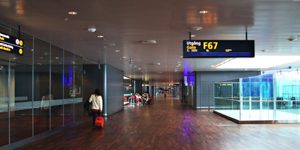 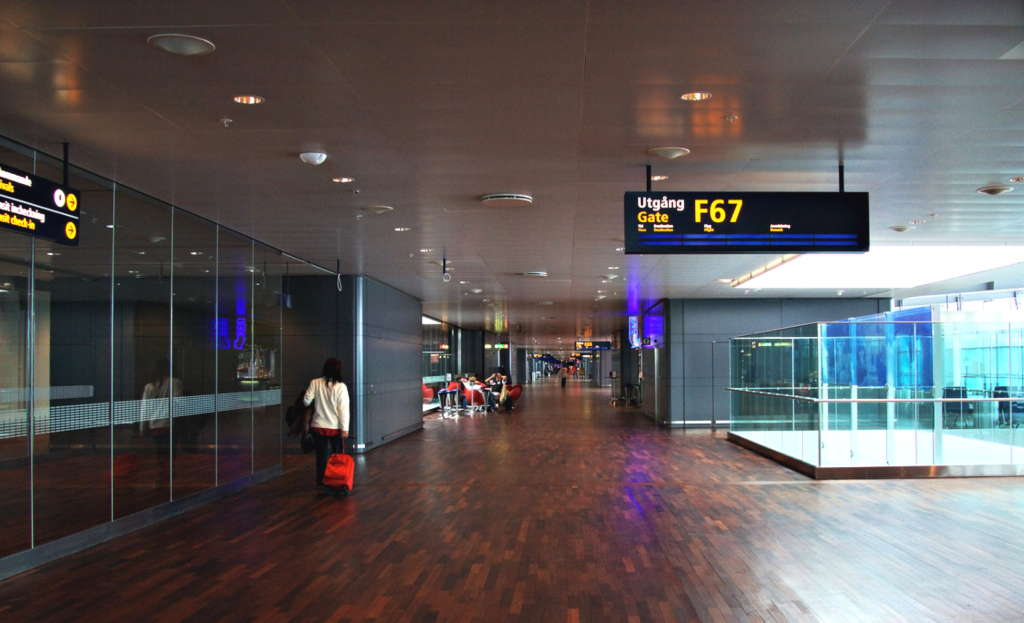 It is exactly 10 years since Infracontrol’s Passenger Guidance System (PGS) went into operation at Stockholm Arlanda Airport. Around the clock ever since, the system has made sure international passengers follow the right route through Terminal 5. PGS is a unique solution that enables the use of a single terminal for passengers from both inside and outside the EU. The result is flexibility, better exploitation of resources and reduced transportation.

At many airports, travelers inside and outside the EU are kept apart by separate floors or in different terminal buildings. At Arlanda, they make use of modern industrial IT instead to solve the problem. The system is called PGS – Passenger Guidance System – and it enables the handling of flights from inside and outside the EU at the same gate.
Based on the checks it keeps regarding which type of flight will be arriving or departing, PGS controls doors, escalators and elevators to make sure passengers follow the correct route, something which the system has done without disruption around the clock for 10 years now.

“It was back in April 2001 when we put the first gates on piers D and E into operation,” says Björn Johansson, Project Manager at Infracontrol. One year later it was time for Pier F to get the same treatment. The system makes sure passenger streams are flowing properly, a task it has performed around the clock without disruption for 10 years now.

The system’s principal task is to check with the flight database whether a flight is from inside or outside the EU in order to activate the appropriate doors, escalators and elevators to ensure passengers take the correct route when personnel open a boarding gate. But PGS also manages so-called cross-flows of e.g. flight crews, and this makes the whole thing a little more complicated.

PGS is built around two stable, redundant SCADA servers and just over 30 PLC systems that control doors, escalators and elevators. Users manage the system by means of four client terminals in the ramp tower and just over 100 touch screens located at the gates.

The system is used by hundreds of people and handles over 200 operations every 24 hours. Users include operators in the ramp tower, gate personnel and jet bridge operators. It is naturally important that such a central, crucial function always works:

“Of course, the system’s high operational reliability largely depends on its robust system architecture with industrial PLC and SCADA systems and well-proven software,” says Björn Johansson. “But it’s reliability also depends on its simplicity for users. It’s simply hard to make a mistake.

Designing the user functions was an extremely important part of the project, and the work was carried out in close collaboration with airport personnel before the system was put into operation. This was followed by a training initiative that made sure everyone knew how the system should be handled. But just like the majority of Infracontrol’s systems, the user functions were intuitive and fundamentally lucid and therefore reduced the risk of misunderstanding and disruptions resulting from incorrect handling.

“We achieve  simple, effective interplay between the user and technology by always starting with the user’s requirements and needs,” says Johan Höglund, Infracontrol CEO.