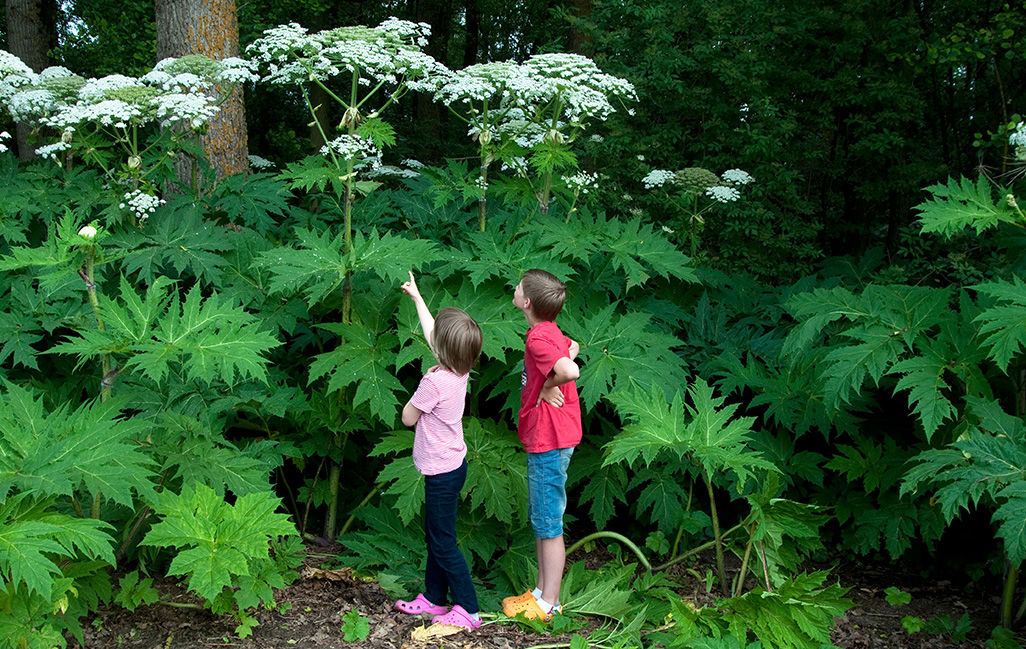 Giant hogweed, Japanese knotweed and Himalayan balsam are some of the alien invasive species that affect biodiversity and cause costs for individuals and society in general. A number of municipalities enjoy excellent help from the public, who report their sightings using the Infracontrol fault report app. What’s more, Borås has a dedicated app known as Invasive Species. The sightings are analyzed by the city’s biologists who take appropriate measures and forward the information to the Species Portal, a website for plant, animal and fungi sightings run by the SLU Species Databank on behalf of the Swedish Environmental Protection Agency.

“The invasive species project in Borås seeks to gain an overview of the invasive plant species present in Borås municipality, and how widespread they are. The project brings together knowledge of how the plants can be controlled or limited in their distribution. We’ve launched a special app as part of the project to make it easier for the public to report their sightings and provide us with valuable information about the situation in the municipality.”

Invasive species are a growing problem

An invasive species is one that is deliberately or unintentionally introduced into new natural environments through human activity, and which quickly spreads and competes with other species. Many invasive species are garden plants that have spread from yards or from illegal yard waste dumping in residential areas. When such a species gets loose, it can cause major problems for biodiversity, fisheries, forestry and agriculture. Invasive alien species often involve high costs for society. Matilda Chocron tells us about the purpose of the city’s invasive species project:

“We want to improve our work in this area while also learning more about how to combat the species. We inform landowners, companies and associations that come into contact with the species and we develop procedures for e.g. managing land with invasive plants, and how best to handle yard waste in order to prevent spreading.”

She also tells us that they are testing various control measures in selected trial areas.

The general public can help

In many of the municipalities that use Infracontrol Online, the public can report invasive species sightings using the fault report and observation app. They can also use the forms available on their municipal websites. The City of Borås has made things even easier by creating a special version of the fault report, known as Invasive Species.

“The app makes it even easier for the public to report their sightings,” says Johan Olovson, E-strategist for the City of Borås. Infracontrol Online receives photos, locations and descriptions, thus providing us with the structured information we need to handle the reports efficiently.”

When a sighting is sent in by the public, we inform the City’s biologists. They can then verify the accuracy of an assessment by studying the photo and description. If necessary, they can easily request additional information or visit the site.

“One important function is the ability, after any supplementary information, to submit reports to the Species Portal directly from Infracontrol Online,” says Jonas Bratt at Infracontrol.

The Species Portal is a website for sightings of Sweden’s plants, animals and fungi. People report the species they’ve seen in nature to the site, where they can also search through information from more than 50 million sightings. The Species Portal is developed and run by the SLU Species Databank at the Swedish University of Agricultural Sciences on behalf of the Swedish EPA. 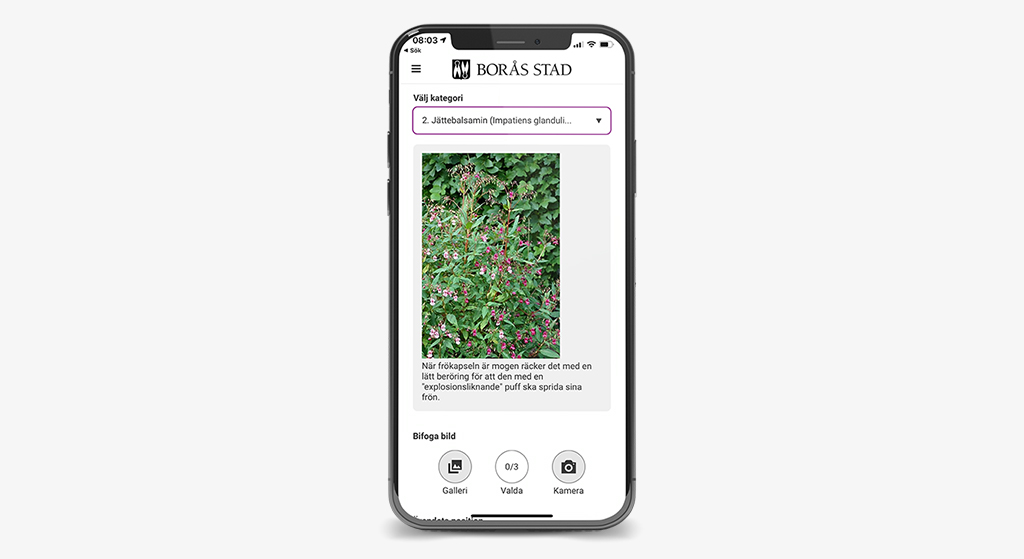 “Actually, the app is the one we use for fault reporting, but with a modified configuration,” says Jonas Bratt at Infracontrol.

If you’re curious about the kind of sightings made, there’s a map showing which invasive species have been reported and where they were found in the municipality of Borås. The Invasive Species app is available as a free download for Android and iPhone at Google Play and the AppStore. Just search City of Borås.