Lighting most common cause of fault reports 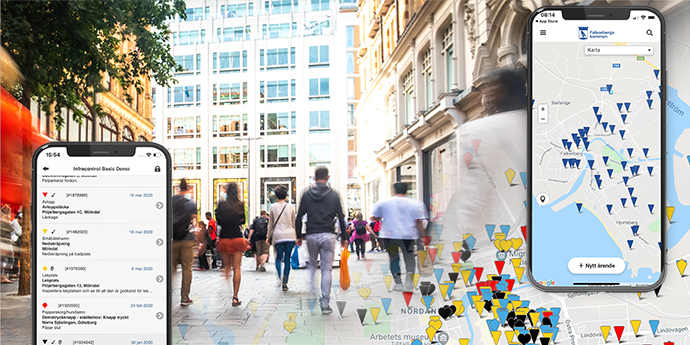 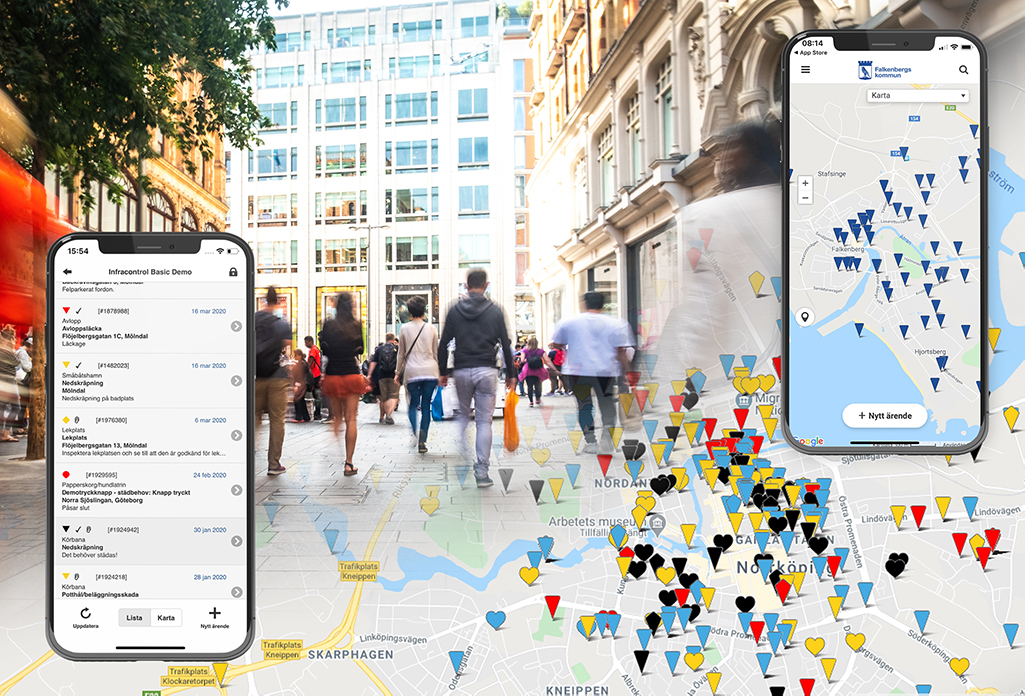 Just over 160 customers currently simplify their technical administration through connection to Infracontrol Online. Today, the service enables 3.6 million residents to submit fault reports and observations. It monitors 164,000 technical alarm points, and users such as operators, customer service and maintenance personnel, contractors and municipal administrators number more than 10,000. In 2019, just over half a million cases were processed, the most common of which were street lighting faults according to figures from the 2019 Infracontrol summary.

Per Andersson, Infracontrol Online product manager, remarking on the summary of reported faults:

“With around 30,000 cases, by far the most common faults reported in Swedish municipalities in 2019 concerned lighting. Potholes were in second place with 8,500 cases, while graffiti with 7,400 cases came in third. These figures are the total for all Swedish municipalities, and the distribution naturally varies between them. Nevertheless, it gives every municipality a good idea of what residents think is important, and thus the service provides valuable information about the things municipalities should prioritize to help make everyday life simpler, safer and better.”

Any fault or observation reported provides valuable information about items that are malfunctioning or which can be improved.

“Every municipality would benefit from knowing what their inhabitants think,” says Johan Höglund, CEO of Infracontrol. “By making faults and observations easy to report, we can fix malfunctions quickly while also enjoying a kind of continuous customer survey that measures the level of service in the municipality.”

More and more people are using the Infracontrol Online app to report faults and observations. Municipalities almost always market the app under their own name, such as in A better Helsingborg or FixCascais, and they also promote the app to residents for free download to their iPhones or Androids. In 2019, the number of cases reported using the app increased by no less than 25 percent compared to 2018.

“The app makes it easy for residents to report faults wherever they are,” says Per Andersson. “They take one or more photos of the problem, and if they wish, the location is automatically recorded. By categorizing their fault reports with a few simple options, cases are processed quickly and easily and allocated to the right person for action.”

He tells us that as more and more people use the app, the proportion of fault reports and observations submitted via web forms on local authority websites decreases. In 2019, the breakdown was 54% via forms, and 46% via the app. Per is pleased to see the increase, as the app also makes case handling easier:

“Because the quality of information is often better when faults are reported through the app, such cases can be handled more quickly. This allows the municipality’s contact center and case handlers to focus on issues that require more time and dialog. These might be e.g. observations submitted as suggestions for improvements, where the case handler must respond with more comprehensive feedback than for everyday faults.”

All fault reports, observations, commendations, technical alarms and work orders become cases in Infracontrol Online. Thanks to a smart categorization, they are then automatically allocated to the right person for action. While faults and observations are predominantly manually reported and amount to around 80% of the total number of cases today, the proportion of automatic technical alarms is on the increase. Per Andersson says that this can bring great benefits:

“We can tell from statistics that when we connect existing technical systems or IoT sensors to the service, the number of fault reports is significantly reduced. Faults can then be detected automatically and allocated to the right person for action, often before anyone even notices anything wrong. This is especially important in mission-critical infrastructure such as traffic lights or pumping stations.”

Per Andersson also tells us that Infracontrol Online was designed to simplify the exchange of information with all kinds of systems for technical installations, and that retrieving alarms from them is quick and easy.