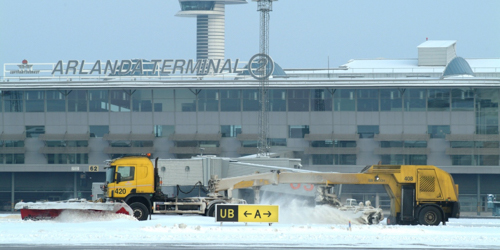 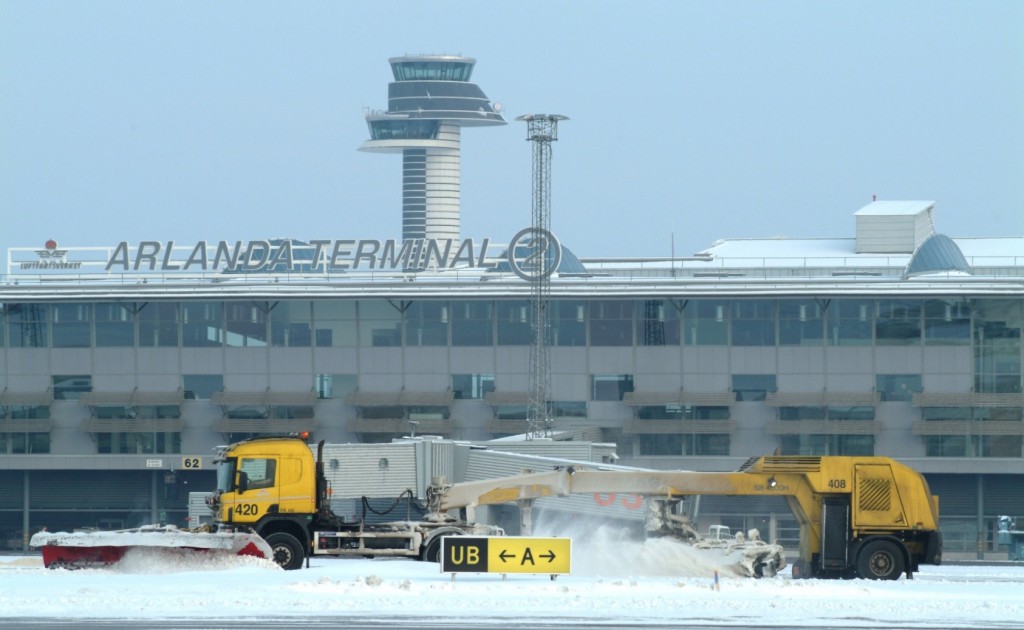 For the past year, Swedavia has been conducting what it calls the energy project, whose purpose is to cut in half carbon dioxide emissions and to reduce the use of energy by one third by 2010 compared to 2005. Using smart control of lighting and engine heaters, it will now be possible to save a considerable amount of energy at Arlanda airport, consequently reducing the airport’s environmental impact.

A way has now been found to stop the waste of energy. Using Infracontrol Online, lighting and engine heaters can be controlled individually and be fully adapted to the actual needs.

– Full lighting really shouldn’t be used where it’s not needed, says Roland Eriksson at the utility company Arlanda Energi. With control using Infracontrol, we can now easily turn off every other light in the lighting fixtures if there is no activity and consequently reduce the lighting by 50%. The same thing applies to the energy-intensive engine heaters on our snow removal vehicles. It is only in certain weather conditions and when a vehicle is planned to be used that the engine heater needs to be started.

Smart solution to save energy

There are over a hundred lighting masts at Arlanda, with powerful floodlights on the airside, the areas where planes and working vehicles move about. In addition, there is also a great deal of lighting for roads, parking lots and other areas. Up until now, the lighting has had common control, which has meant that many areas have had full lighting even when it wasn’t needed.

Another area where there has been unnecessarily large energy consumption is for the engine heaters for all of the snow removal vehicles. These have been governed by the calendar and have essentially been operational from October until April.

A way has now been found to stop the waste of energy. Using Infracontrol Online, lighting and engine heaters can be controlled individually and be fully adapted to the actual needs.

In addition to smart energy-saving control, dimmers have also been installed on the lighting masts. The lighting is turned on as usual but after just 15 minutes, output is reduced by cutting current by 30%. It’s not noticeable to the eye but has an appreciable effect on energy consumption.

– In the case of airport lighting, we expect to get down to about a third of the previous energy consumption. Engine and cabin heaters will only a run a tenth as much as in previous normal years, says Roland Eriksson. He continues by saying: We also hope to make use of this simple way of saving energy at other airports. Since the solution uses wireless communication and is based on a general, factory-independent platform, it can essentially be used anywhere.

For the past year, LFV has been conducting what it calls the energy project, whose purpose is to cut in half carbon dioxide emissions and to reduce the use of energy by one third by 2010 compared to 2005. The project is being conducted throughout the country and includes simple everyday solutions as well as more advanced ones in order to reduce the use of energy. The first year has been a success and CO2 emissions have now been reduced by one third compared to 2005.

Infracontrol Online is a unique web-based service where operational alarms, fault reports and comments are collated into simple, easy-to-read cases. The service is also used to manage the overall control of technical functions within a community’s infrastructure such as street lighting and parking information.

Infracontrol Online provides everyday benefits by assuring quality, simplifying operations and maintenance work, reducing energy consumption and by the simple expedient of making sure the right person gets the right information at the right time. Today the service is used for many different applications by e.g. the Swedish Transport Administration, Swedavia, Oslo Tramways and a number of Swedish cities, towns and municipalities.

Infracontrol Online requires no software or hardware investments; all you need to use the service is a normal web browser or a mobile phone.