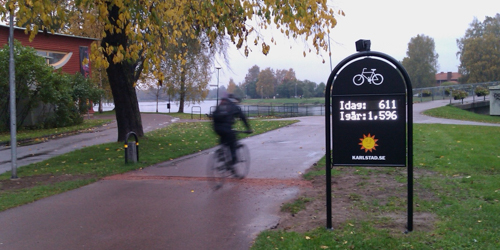 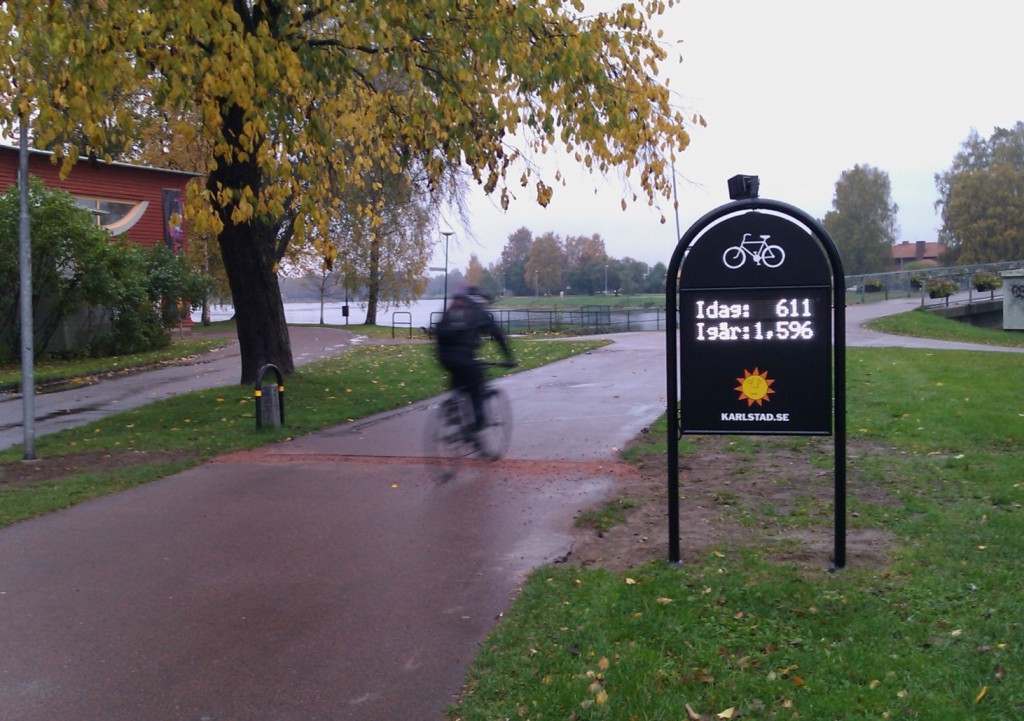 – We are very pleased with the results, says Jan-Åke Claesson, Section Manager at the Borås Traffic Department. In addition to the flexible information display, we have also managed to reduce costs significantly compared to other systems on the market. And what’s more they are easy to install and adapt to existing poles and footings, so installation costs are kept to a minimum.

An information initiative about cyclists for cyclists

More and more cities and towns are investing in cycle traffic. Counting cyclists and observing how cycle traffic moves through a town provides important information for planning and taking action that promotes this eco-friendly form of transport. A number of towns have installed bike counters along cycle tracks showing the number of cyclists that have passed.

Jan-Åke Claesson, Section Manager at the Borås Traffic Department, was quick to see the opportunity of using bike counters to reach out to cyclists with useful information while they are out cycling, so he asked Infracontrol to find a solution.

Infracontrol formulated explicit requirements for simplicity, flexibility and price levels and together with Focus Neon – with long experience of traffic information signs – came up with a solution. And here it is – a new type of bike counter that can be used for all sorts of information.

– Earlier bike counters did just that, they counted and displayed the number of passing cyclists. But in principle there are no limits to what can be displayed on the bike counter we designed according to Borås’s requirements, says Jonas Bratt at Infracontrol.

Jan-Åke Claesson appreciates the outcome of the work:

– We are very pleased with the bike counter that Infracontrol helped us design, he says. I hope more towns and cities take up the idea. In addition to the flexible information display, we have also managed to reduce costs significantly compared to other systems on the market. And what’s more they are easy to install and adapt to existing poles and footings, so installation costs are kept to a minimum.

Another important aspect is that the new bike counter has space for a battery which means it can be supplied by the nearest lamp standard and stay in operation during daylight hours when street lighting is switched off.

The bike counter was designed in collaboration with Focus Neon who have long experience of traffic information displays. It has a flexible design and is easy to adapt to a variety of informational needs or physical design requirements to blend in with the cityscape.

– The solution is easy to extend with more information signs or measuring points, says Jonas Bratt, Project Manager at Infracontrol. In this way we can create a coherent network of information outlets where we count cyclists or display information or do both as is the case in Borås. Everything is connected and easy to reach via the internet.

Two counters have now been installed in Karlstad, and more are on the way around the country. So next time you’re in the saddle keep an eye out for interesting info!