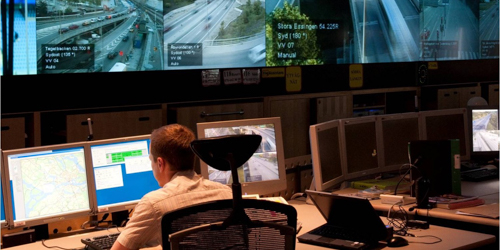 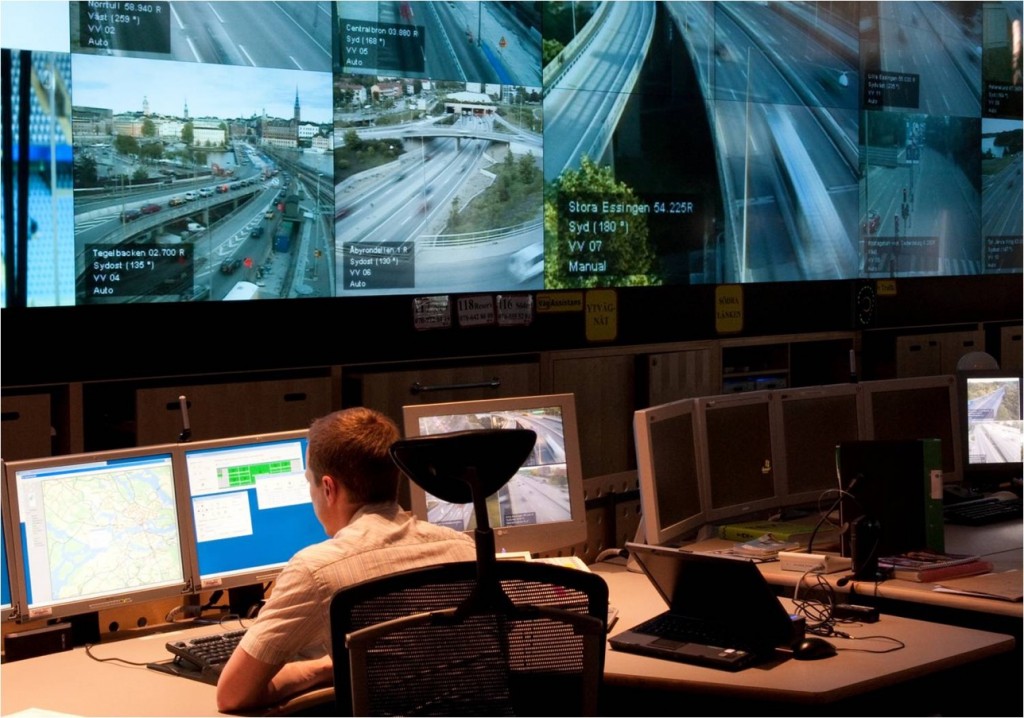 When traffic gets snarled, quick action is called for. Trafik Stockholm has a totally unique decision support system that helps traffic controllers to quickly take the right action. For example, during a vehicle fire in 2008, the entire Södra Länken tunnel system was safely closed in less than
2 minutes. 24 minutes later, the fire was out. The system makes up one of the most important parts of Greater Stockholm’s traffic control center and will be demonstrated at the present
ITS World Congress 2009 in Stockholm.

The system, which is called NTS (National Traffic Support system), is the central point for a number of different functions and technical systems in the Stockholm region. Simple and clear user functions give the traffic controllers the opportunity to control the flow of traffic, improve accessibility and influence road-users’ behavior patterns and travel habits.

– The decision-making support provided by NTS gives the operators the chance to deal with every incident quickly, says Tomas Julner, Project Manager , Intelligent Transport Systems, at the Swedish Road Administration Region Stockholm. In this way, we minimize disruptions, spread information quickly and reduce the impact on traffic and the environment.

Naturally, being able to act quickly is especially important in the event of serious incidents.
At times like that, everything has to work. There’s no time for doubt or hesitation since lives are in danger. One incident that Tomas gives as an example is a vehicle fire that occurred in the Södra Länken tunnel on June 16, 2008. This was the first really serious incident in the tunnel system.

– The operator at Trafik Stockholm received a phone call at 2:13 p.m. saying that a truck was on fire. He then initiated a pre-defined action plan. Using this plan, the fire was verified via the camera system and a number of actions were then taken. The tunnel was closed in less than two minutes and at 2:40 p.m., the Emergency Services reported that the fire had been extinguished.

But it’s not only important to act quickly. The right action has to be taken too. In a stressful situation involving numerous functions, the operators need all the support they can get.

– Each incident is dealt with using action plans that have been tested and approved ahead of time, explains Tomas Julner. This ensures that all activities are carried out in the right way at the right time, which gives the operators a great sense of safety.

The action plans encompass everything from handling information to the mass media, controlling information signs, camera surveillance and operating gates, lighting and other technical systems. In most cases, the entire chain of events is handled by a single operator, who thereby has overall control of the situation. One great advantage of a simple decision support system is that the operators can have more diverse skills and don’t need to specialize in certain areas. This makes it easier to plan and assign personnel in different situations.

Infracontrol has had primary responsibility for maintaining and developing NTS since March 2009 and is working closely with its English partner Nicander Ltd., a specialist in event-based decision support systems.

Infracontrol is a specialist company that provides innovative and user-friendly IT solutions in the field of infrastructure.  We design solutions for traffic management, automation, security and information. We have been simplifying everyday life for our customers since 1993 and have worked with them to help make our communities function better.