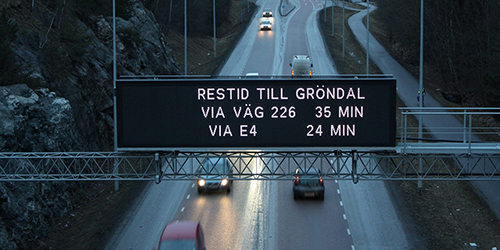 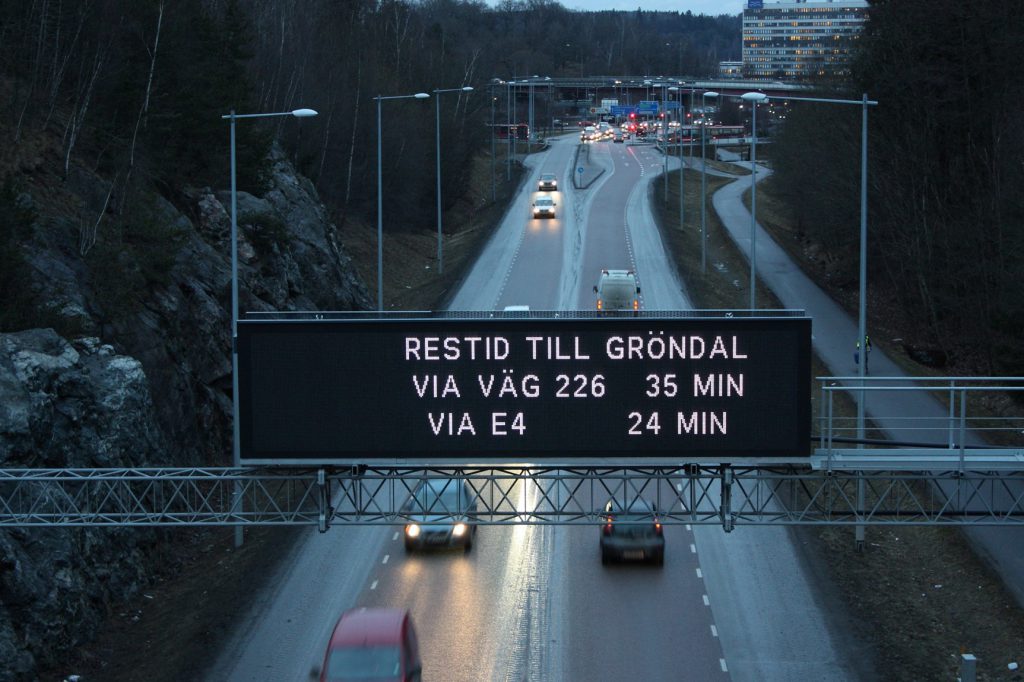 The Swedish Transport Administration now shows travel times on sections of the highway affected by the construction of the Stockholm Bypass. The aim is to provide road users with better abilities to plan their trips as the traffic situation changes. Stockholm has an extensive traffic information system that uses 50 variable messaging signs. In addition to information about travel time, they are used by traffic managers at Trafik Stockholm to inform road users of disruptions, traffic diversions and other important events.

The ability to quickly receive updated information about the traffic situation is important for road users in planning their trips before setting out as well as on the road. This was one of the lessons learned from this winter’s heavy snowfalls in Stockholm.

“It’s important to get correct information and keep it updated as the traffic situation changes,” says Johan Höglund, Infracontrol CEO. “During the Stockholm Bypass construction phase, road users need the best information possible for planning their trips, and this is where the variable messaging signs play an important role.”

The Stockholm Bypass is a new routing of the E4 west of Stockholm that will make everyday life simpler and create opportunities for continued development in a rapidly growing region. Read more here. E4 Stockholm Bypass

During the construction of the Stockholm Bypass at Kungens Kurva, the Swedish Transport Administration will display approximate travel times on a number of new traffic information signs in south and north Stockholm. The signs, located in Tumba, Salem, Fittja and Frösunda, are updated constantly according to the traffic situation and information is displayed in the case of extended travel times.

Portable traffic information signs in the construction area will also provide up-to-date information about roadworks affecting traffic, such as blasting.

Infracontrol has extensive experience of traffic information and delivered its very first system for controlling and monitoring variable message signs for the erstwhile Swedish Road Administration in Gothenburg, 1995. The system consisted of six signs and was part of a project that evaluated the capabilities of traffic information signs. Since then, this type of system has also been delivered to the regions Stockholm, South and North.

“Obviously, there has been significant development of the system over the years,” Ninni Erixal tells us. “This has mainly concerned how the messages shown on the signs are created, but also communications with the various signs. Travel time information is collected automatically via Datex II. Datex II is a European standard used by the Swedish Transport Administration to deliver traffic information. As for the rest of the traffic information, the system is event based, which means that messages are generated automatically based on events registered.”