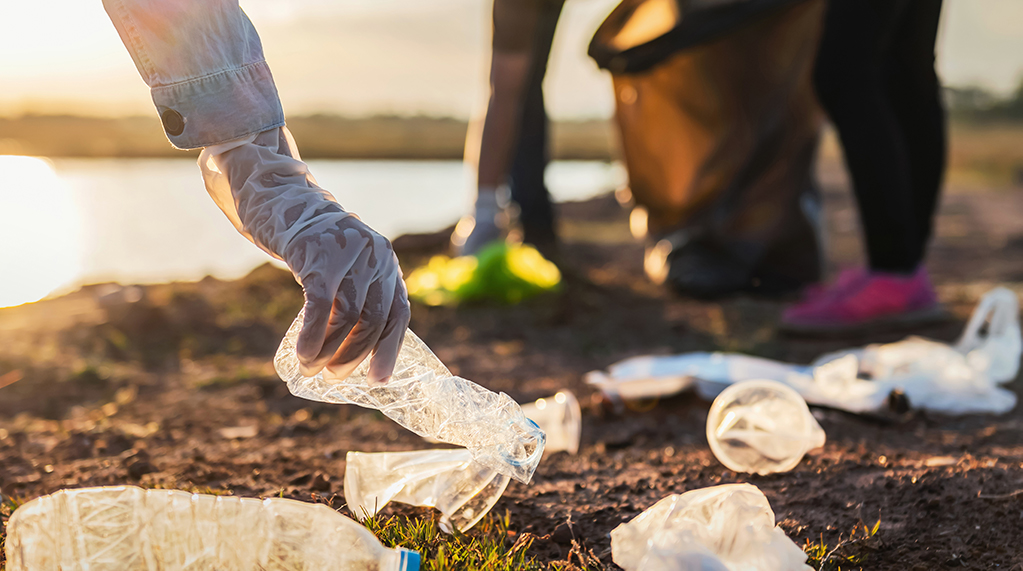 Uddevallahem, the municipal housing company in Uddevalla, became the first organization in Sweden to use the City Points app to create involvement and participation in a pick’n run event for the benefit of a national charity event called Musikhjälpen. For a week, 21 school classes collected points with the help of the app when they picked up a total of 3.5 metric tons of trash. Uddevallahem converted the points gathered into SEK 22,000, which was donated to Musikhjälpen, while class 5B at Sommarhem school in Uddevalla who had collected most points, were also rewarded with a whole day at an amusement park.

Thomas Aebeloe, CEO at Uddevallahem, tells us he wanted to test a new way of getting people involved:

“This is all about nudging and gamification in a simple, smart combination, and provides a fantastic ability to create involvement through various activities. I heard how the City Points app is used in Cascais in Portugal, so I contacted Infracontrol to see how we could use it in our operation. In this first stage, we’ve tested the app with great results in connection with our pick’n run event for the benefit of Musikhjälpen, and we are keen to continue using it to get our tenants involved in everyday things to improve well-being, create participation and create a more sustainable society.”

During the national charity event Musikhjälpen broadcast in radio P3, many supporting events took place around the country. In Uddevalla, the municipal housing company Uddevallahem organized a trash-picking competition where students could collect points with the aid of the City Points app, which were then converted into money for donation to the collection.

“This got a lot of people involved,” says Cecilia Littke, public information officer at Uddevallahem. “We wanted to draw attention to how much we can do for the environment ourselves, and that we can join forces and do things together. A sense of community is important, especially in a small town like Uddevalla.”

She tells us that 21 school classes took part in the competition across the entire municipality, and that they picked up a total of 3.5 metric tons of trash. This meant SEK 22,000 for Musikhjälpen, and a day out at Liseberg for the class that won the competition, 5B from Sommarhem school in Uddevalla. 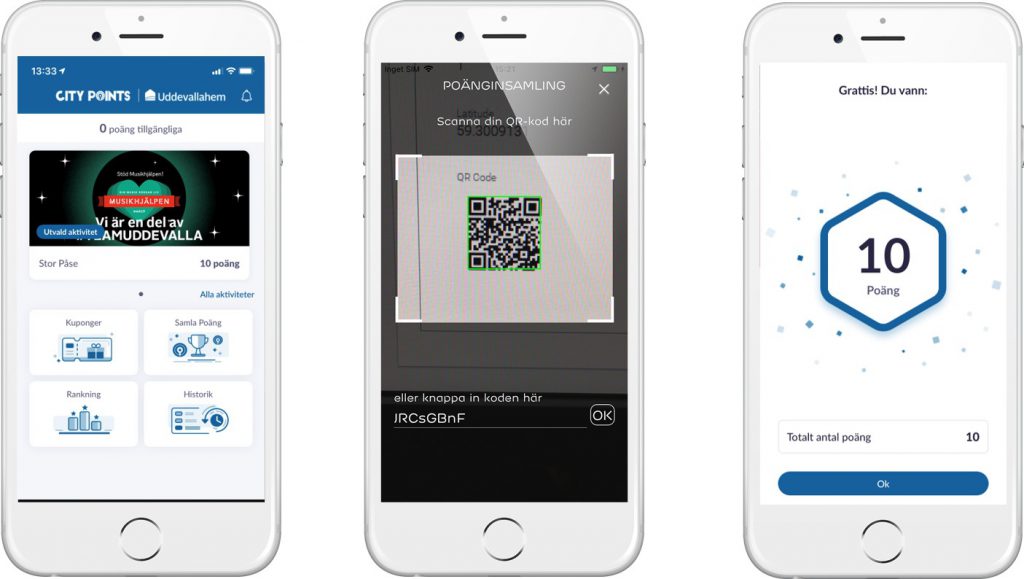 1) The school classes collected points with the aid of the City Points app. 2) Collected trash was verified using a QR code 3) The points were converted into donations to Musikhjälpen

Uddevallahem is the first organization in Sweden to use City Points. Until now, it’s been mainly Cascais in Portugal that has benefited from this way of getting residents involved. “The app allows people to collect points when they get involved in beneficial activities,” says David Gustafsson, business developer at Infracontrol. He provides a few examples:

“It might mean collecting trash as we’ve done here in Uddevalla, or donating blood, taking part in voluntary work of various types or in neighborhood night patrols. Other activities might include discovering different local destinations, hiking a trail or taking part in other outdoor activities.”

Individuals collect points by verifying their participation in different activities using a QR code and a GPS position, or by someone verifying this at the venue.

Points collected can be used to compete with others, individually or by group, as we’ve done in Uddevalla. The points can also be used for conversion into virtual gift vouchers in exchange for public transit tickets, marathon race entrance fees, bicycle hire, concert tickets or discounts on locally produced items.